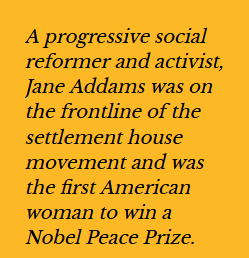 Educated: A Memoir by Tara Westover is the story of one young woman’s life and her struggle for education and self-invention. She grew up in a survivalist Mormon family in a remote rural area of Idaho, her only education by home schooling and self discovery. This story raises many questions about education, the influence of family, and the differences between rural and urban. Let’s discover the answers together as we discuss one of the 10 Best New York Times Books of 2018.

Climate change is also a social phenomenon, which affects people differently depending on their social status. Due to social structures and biases, women are often affected disproportionately by environmental stressors and climate change is no exception.

Dr. Erin Bergren, Visiting Professor of Environmental Studies at North Central College, received her BA from Sarah Lawrence College and her PhD from the University of California, Berkeley. She is a member of the Superstorm Research Lab, an interdisciplinary scholarly cooperative, and the Education Advisory Council of the Morton Arboretum. Dr. Bergren also sits on the editorial board of the journal Case Studies in the Environment.

Can you spot fake news on social media? or fake memes or videos? Are you part of the problem or part of the solution? Become more savvy online and help prevent the spread of fakes on Facebook. The majority of victims are women so defend yourself with knowledge.

Fight the Wikipedia Gender Bias – presented by A J Conroy

Will you take the challenge to update information on our female role models, scientists and historic women?

The Future of Work – presented by Marian Cook
Emerging technology and business leader with extensive experience in strategy, management, operations, innovation and change management. She is currently a Solutions Principal at Slalom Consulting, the Head Learning Facilitator for MIT’s blockchain class, and a Strategic Advisor to the Chicago Blockchain Center.

2018 The Handmaid’s Tale Discussion (Book and movie)
Margaret Atwood’s riveting journal, The Handmaid’s Tale,  of a young woman whose life completely changed in a few weeks. Losing her independence, freedom to communicate, her daughter and husband; all due to a change in government control. Her life as a pawn of the religious patriarchal society is revealed in horrifying detail in her 1985 book. We also compare and discuss the 1990 Handmaid’s Tale movie starring Faye Dunaway and Robert Duval.

Webinar Presenters:
Pati Sievert is the director of STEM Outreach at Northern Illinois University, which provides STEAM programming to tens of thousands of people throughout northern Illinois
Veronica Arreola is the Director of Latin@s Gaining Access to Networks for Advancement in Science (L@s GANAS) at the University of Illinois at Chicago. Previously Director of the Women in Science Engineering (WISE) program at University of Illinois-Chicago, Veronica also works with individuals and nonprofits to envision their social media strategy. 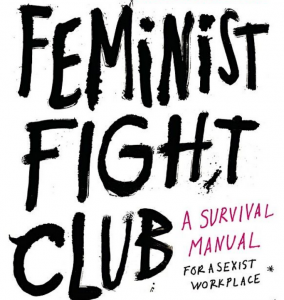 Join us for an exploration of women in the media — from how film and TV cameras represent women’s (and men’s) bodies — to the narratives and character types used to represent women.

Kathryn Modisette, ERA Advocate and member of the Leadership Council of the Tazewell County Progressives and the Progressives of the Washington IL Area, and a member of NOW and the #Blono4era coalition.